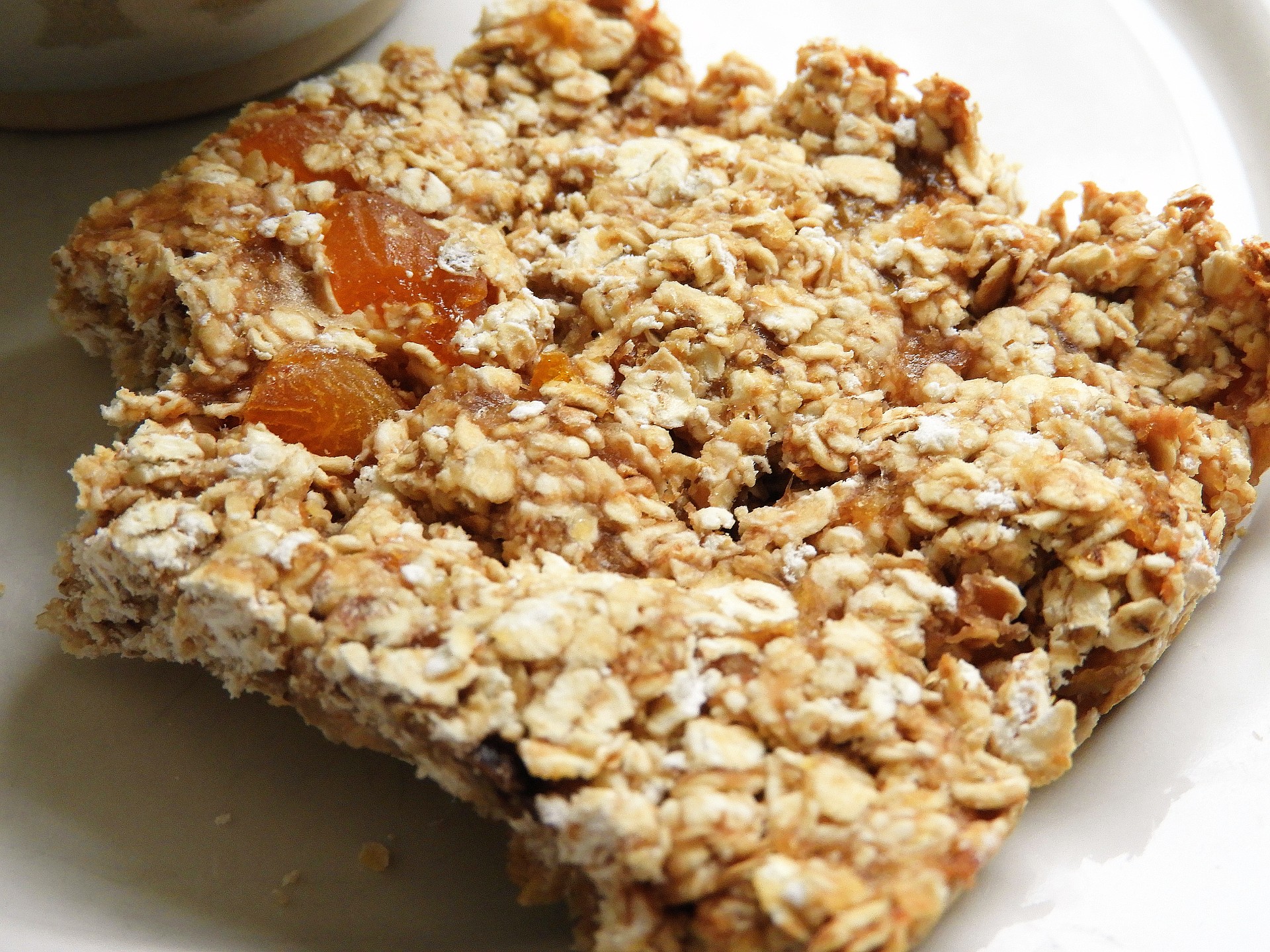 Snacking is my downfall, so I wanted to create recipes where I could have my favourite treats with less guilt. Flapjacks remind me of coming home from school to a warm kitchen and being surrounded by a sugary smell that would instantly put me into a state of bliss. Bit dramatic? Well that was the 80s for you.

My mum made the best flapjacks, but they were so full of sugar. Much as that created a disco in my mouth, I was very skinny with a higher metabolism then. Now I’m taking the long walk along the road to menopause, I need to ignore the heightened sugar cravings and teach my body to love it a bit less.

I tested these out on my 9 year old. He has my sugar-loving gene, like most 9 year olds. He loved them and was asking for two in his packed lunch. I felt that may be a slippery slope. One is quite enough for a healthy, filling snack. You could even have it as breakfast on the go.

These are thinner than your average flapjack. The thicker ones mean you may eat more in one mouthful, Taking smaller, more frequent mouthfuls would take longer and be subsequently more satiating.

Flapjacks will always have a place in my heart, because of the memories I associate with them. Have them with a cuppa or on the go. Let them nourish you in the sweetest way.

How Has the Sugar Been Reduced?

Less syrup has been used by adding alternatives, such as bananas, raisins and dried apricots, which provide more nutrients, but still satisfy a sweet tooth.

Don’t worry about mashing the banana too smoothly. It will melt into the rest of the ingredients in the oven. A few lumps of banana will also help to give that homemade texture. 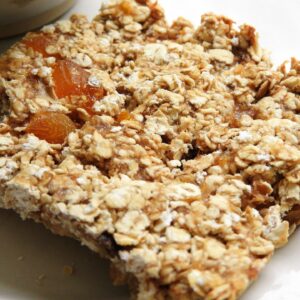 The picture shown is 1 serving and is substantial enough for an on the go breakfast. You could even stretch to 2 for a 440 calorie breakfast.   Half a serving would be a good snack at 110 calories.
Nutrition Facts
Flapjacks
Amount Per Serving
Calories 220 Calories from Fat 18
% Daily Value*
Fat 2g3%
Sodium 3mg0%
Carbohydrates 45g15%
Sugar 18g20%
Protein 6g12%
* Percent Daily Values are based on a 2000 calorie diet.
Share
Author: Wendy
Filed Under: Breakfasts, Recipes, Snacks
Banana Pancakes
Scone Pizza