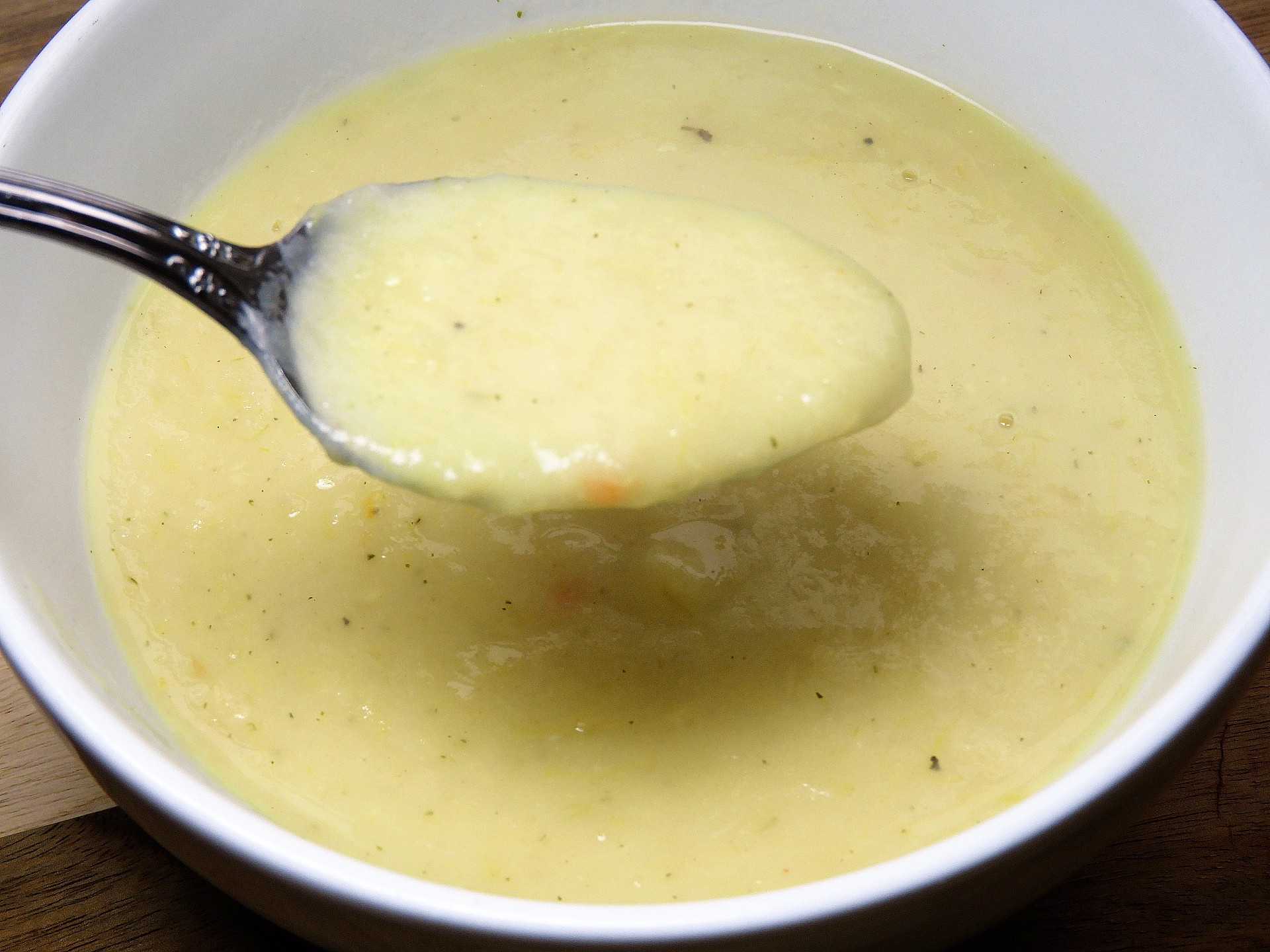 Leek and Potato soup is so comforting when the nights get colder (It gets late early!). We all need something to warm us up quickly. You wake up in the dark and get home from work in the dark. The last thing you want to do is slave over a hot cooker for hours. You throw on the pyjamas and look forward to curling up with a good book or favourite TV show.

This Leek and Potato Soup is so full of flavour, considering there aren’t many ingredients. The garlic and leeks are a marriage made in heaven and the potatoes add that starchy comfort food feeling. It leaves you with an aroma of garlic in your mouth, which adds to its warming effect. The creaminess of the crème fraiche is subtle but adds a luxurious, silky feel.

Slob out and indulge in a bowl full of goodness. You won’t regret it.

If you fancy a bit of heat you can add a teaspoon of mustard to it.

This soup can be batch cooked and served as lunch or dinner. Portions can be frozen for nights when you just want to grab, heat and slurp.

Which potatoes are best for soup?

Russet potatoes are great as they absorb liquid easily. You don’t want anything too ‘waxy’ that will remain hard. As Russet potatoes soften the starch helps thicken the soup too. I’ve also used Maris Piper, which are usually good for most potato cooking methods.

How long can you keep homemade leek and potato soup in the fridge?

This soup can be cooled and then put in an airtight container in the fridge for 3-4 days. Reheat it thoroughly in a pan.

Cooked potatoes tend to go mushy in a freezer. If you are planning on freezing some of the soup then puree the potatoes as much as you can, rather than leaving chunks. Cool the soup and store in an airtight container. To reheat, defrost it in the fridge first then heat thoroughly in a pan. 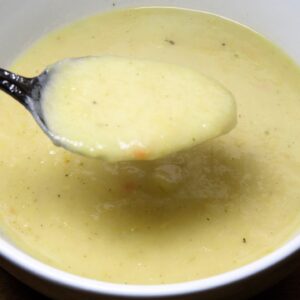